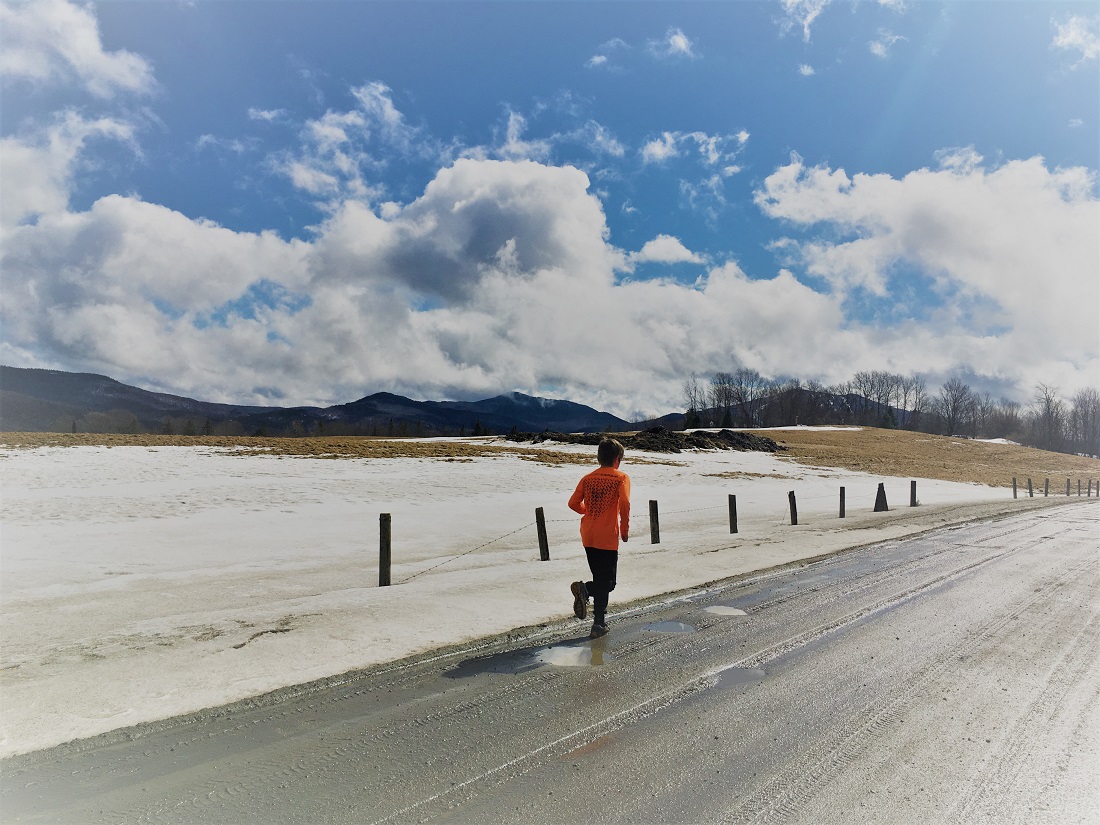 The kids and I continue to slowly and steadily build our base mileage during and between our travel adventures. As much as I love winter running, I won’t miss that frozen butt feeling.  A sweet friend recently gave me an old down coat to upcycle into a running skirt, and though it may sound like it’s late in the game for down, there’s still enough snow and chilly mornings/evenings around to warrant an extra layer.

Plus, before long, we’ll be making our way to Alaska for some running and travel fun–and I think that skirt might come in handy.  For those of us who follow our adventures, you might remember that Alaska is the last state we have to visit on our “50 State Tour.”  We are psyched.

Now back to that base mileage…. earlier this month I saw a discussion on social media with a mixed bag of comments about whether kids should run distance.  While I’m not a doctor or medical professional, I know some doctors, medical professionals, and coaches who believe that distance running of any length is not good for kids, their growing bodies, or growth plates.

However, there are also medical professionals and coaches who hold views that distance running, including even marathon lengths or more, are likely okay, provided a child is adequately and safely trained, not pushed beyond her limits, has regular medical care/well child checks, stops or reduces training when it hurts, is injured or at risk for injury, and has supportive parents and coaches who respect the child’s decision to say enough or call it quits. 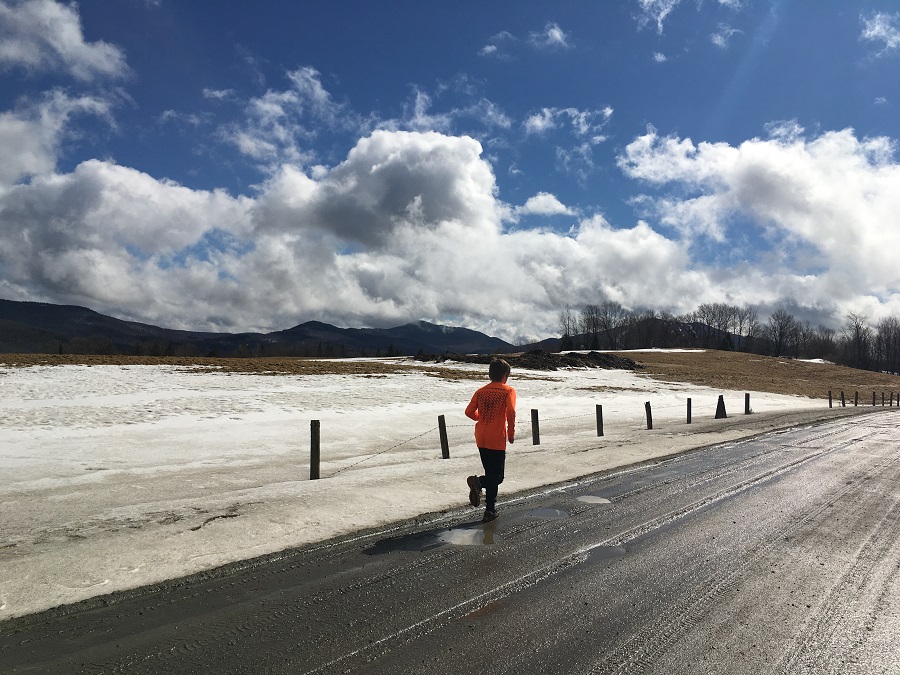 I know one doctor who says he’d rather see children outside running mile after mile than sitting on the sofa gaming (a.k.a. training for the sedentary lifestyle), watching t.v., and/or mindlessly eating.

In my view, if given space, support, and time to be wild and free, many children thrive on the opportunity to run.  There are even others with the view that some children need to run, should run or could seriously benefit from running, such as those with ADHD or those struggling with childhood depression.  Sure kids aren’t exactly mini-adults, but running has the potential for real, tangible physical and emotional health benefits.

Raising four active kids, there is no doubt in my mind of the benefits of running.  This is especially so with my teen.  She is much happier when she runs–what parent of a teenager can’t appreciate that?  Plus, kids make fantastic running buddies.  Running with my kids is always entertaining and there is always a story to tell and retell about a run.

And about that travel & running thing… since the start of 2017, we’ve had the chance to have some fun running adventures with a couple of trips to Quebec City, Quebec, Canada and New York City.  In Quebec City, the kids and I loved running stairs… including the Cap-Blanc Stairway off the Plaines d’Abraham. We also took time to hang out at cool coffee shops and watch the unbelievable World Cup Nordic Races.

We also had a chance to run in NYC with friends, including an early morning Brooklyn Bridge run and run through Lower Manhattan, along Wall Street and past the Statue of Liberty, and through Battery Park City.

But as much as I love city adventures, dirt and trail tug at my heart.

We’re always on the lookout for cool places to visit for family running and adventure, and fabulous family-friendly running races.  Oh, yummy paleo recipes, too.  Drop us a note or comment if you have any suggestions.