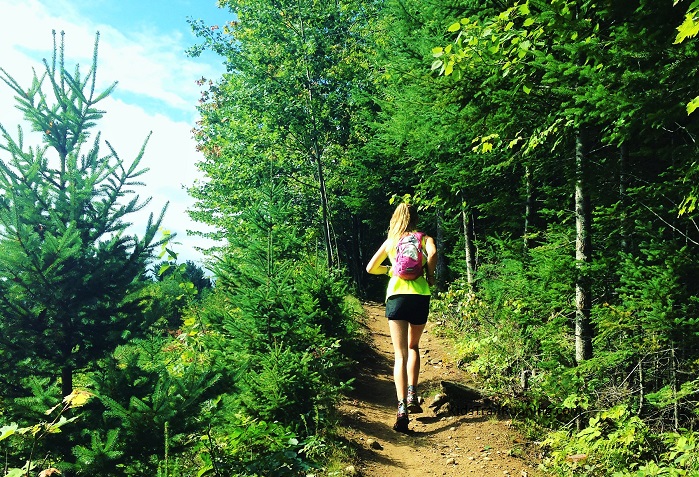 With four kids in the house, the typical date night with my husband takes place after the kids are tucked in for the night, and involves homemade food and videos on Netflix or Amazon. Watching inspiring running flicks and documentaries is always exciting, especially as big races on the calendar near.

1.  100: Head/Heart/Feet (2015).  Having crewed the Vermont 100 this past July with the kids for my ultrarunner husband, I just loved watching this movie. You don’t have to be signed up for the Vermont 100, however, to find this video exciting and inspiring. It’s a good reminder to never give up on your dreams. Available on Vimeo.

2.  Dragon’s Back Race (2013).  Whether or not you get into the 2017 Dragon’s Back Race, trail runners will want to watch this film! This movie follows the incredible 5-day, 300 kilometer journey of trail runners along the mountainous spine of Wales. It’s not quite the typical trail race. It’s epic. Running in Wales is now officially on my bucket list.  Available on Amazon.

3.  Barkley Marathons (2015).  Oh, la, la…The Barkley!  If you’ve ever wondered ‘what’s next’ in your running or training adventures, where you go from here, or what lurks beyond the ‘typical’ race scene, you’ve got to watch this Barkley Marathons Documentary. It will open your eyes to an entirely different world of trail adventure and racing! Available on Netflix, Amazon, Apple, Vudu, Google Play, and here.

4.  Finding Traction (2015).  Can Ultra Marathon runner Nikki Kimball crush Vermont’s Long Trail? You’ll have to watch the film to find out. This Banff Mountain Film Festival Finalist documentary shows what it’s like to run trail, to have big dreams, gives you a glimpse into the mind of a trail runner, and shows you what can go into crewing or supporting a trail runner along the way. A great pick for kids, too. Mine think the film is awesome and filled with ‘cool girl power.’ Available on Amazon.

5.  Il Corridore – The Runner (2015).  This classic running film features ultra running legend Marco Olmo. At age 58, he won the Ultra-Trail du Mont-Blanc (UTMB). This documentary will remind you that it’s not too late to start running trail–or maybe even win a major trail race.  Subtitled. Available on Amazon.

6.  Desert Runners (2013).  As if finishing an ultra marathon in ‘ordinary’ weather to which you are somewhat acclimated is tough, imagine stepping it up a notch and racing through desert. That’s what these runners take on in this dramatic running adventure. If you’re doubting whether you have more in your reserves, watch this and you’ll be ready to lace up your trail running shoes. Available on Amazon.

7.  Town of Runners (2011).  I saw this documentary after it was released on a Trans Atlantic flight. With my kids sitting beside me on the plane, I remember thinking, “Kids run! Kids CAN run!” Available on Amazon.

Have another inspiring trail running, ultra running, or mountain running film to share?  Date night is coming around again soon!  Leave your suggestions and favorites below in a comment.