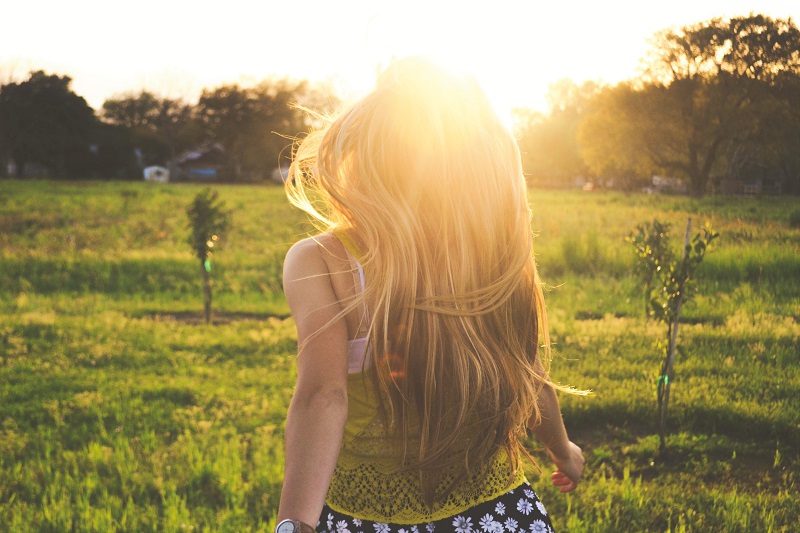 My 13 year old recently asked if she could register for a dirt road 1/2 marathon race and race with her father. Knowing that she is an avid endurance athlete and regularly logs mileage, I said, “of course.”  When I went to the race website, however, I saw that the race prohibited runners under 16 years of age.

I sent a nice note to the race director and asked if the minimum age rule was firm, explaining that my daughter was familiar with the area where the race would take place, would run with her ultra running dad, and that she has competed at this distance (and beyond it), and trains religiously.

The reply I received:  “While we recognize there are those under 16 that are capable, we are not wanting to be evaluating individual runners.  As long as we have the minimum, it will be firm.”

This race was in small town America.  It wasn’t the Boston Marathon, New York City Marathon, or even London, which require marathoners to be 18.

So what gives?  Why don’t race directors want kids to run distance races?

I think the answer boils down to race directors don’t want the hassle.  They want to run a successful event. Introducing kids is a wild card. A field of adults seems easier to predict.

If a kid is well prepared to race, and that kid has a responsible parent or a coach who has overseen training, chances are there is little risk to the success of the event.  There’s little risk that people are going to complain about a kid running the course. It’s less dicey whether something unpredictable is going to happen on the course after the gun goes off.

When a parent registers a kid for a race, the race director has no idea who that kid is, how adequately trained he or she is, how mature or immature he or she might be, or how they might behave on the course, particularly if running unaccompanied.  Race directors have no idea how hard, if at all, a parent is pushing a kid to compete or whether a parent is capable of objectively judging the preparedness of their child’s ability to race safely or successfully. Race directors don’t want to deal with parents who push their kids too hard when they aren’t ready.

What if a kid runs and their parent isn’t responsible, available, or interested in taking care of their kid’s needs?   If a child isn’t prepared, properly outfitted, equipped or nourished to fit, who does the responsibility during a race fall to?

What if a parent doesn’t step up and handle a situation? There’s likely concern that race staff or volunteers would have to step in and handle the problem, which could jeopardize the event’s success or safety (if the race is inadequately prepared to handle individual issues).  What if a parent does handle a situation, but the race director, staff, or event volunteers don’t like how the parent handles it. What then? Does the child get ejected from the race because of the parent?

If an adult isn’t prepared for a race, they have to take care of themselves. The responsibility for what happens falls on the adult.  Allowing a child to race in long events is simply a headache for a race director.  A migraine in the making.

Introducing kids into the long distance racing scene is a potential threat.  It’s convenient to keep them out.  The cost benefit equation is simple:  there’s little return value for allowing kids and a lot at stake to allowing them in.   Kids could jeopardize race success.  Race directors could look bad. Other runners might complain. Subsequent race registration numbers could go down. There could be bad press if something goes wrong.  It could require additional effort and time planning, organizing, and recruiting volunteers.

Perhaps race directors fear that allowing kids into long distance races means they’ll need more M&Ms at aid stations. If that’s the reason for excluding young racers, I should be excluded, too. I can out-eat my four young trail runners when it comes to M&Ms, on race day or any day.   -Julie of Kids Trail Running

Then there’s the sticky liability issue.  Sure, it’s easy to skirt the child racing issue by citing liability and insurance, but let’s get real.  There are far more risky activities out there that allow kids’ participation with parental consent. There are also many insurers out there.  If one insurance company takes issue with child participation, there’s always another insurer looking for business.

Race directors don’t want to deal with the hassle presented by including kids, especially if it’s the way they’ve been doing things for years–or the insurer is the same one they’ve always used.

Speaking of doing things the same way, not including kids in distance races because they aren’t old enough (according to someone’s arbitrary formulation or judgment), it’s the way it always has been, because kids aren’t ready to race, or because they should learn to delay gratification and wait until they are older to race (so Runner’s World Scott Douglas suggests) is inherently prejudicial and discriminatory.

According to his article Should Runners Under the Age of 18 Be Allowed in Marathons, Douglass who opposes allowing children to run marathons, although he admits that there is no evidence that it is harmful to kids, contends:

Let [the child who wants to race a marathon] hone her skill under the guidance of a coach, and enjoy the camaraderie of running with a team. Let’s not burden her, and others like her, with the demands of a 26.2-mile race.

After all, the marathon isn’t going anywhere. It will be there, waiting, when the time comes.

Sometimes, discipline means being able to delay gratification. To recognize the value in having a long-term goal and in doing the work to get there, even if that work takes years rather than months. To keep an eye on the horizon. To be patient.

Discrimination isn’t exactly a happening thing these days.  That includes discrimination on the basis of age.

It would never be okay to suggest to an 82, 65, 50, 40, 30, 21, who wants to race a long distance to be told what discipline is–by a race director–or that they should learn to delay gratification and be patient.

Why should a child, particularly a well prepared child, be forced to wait years to reach a long-term goal, just because?  Everyday unprepared adults enter races.  Sometimes children have put in a lot more work trying to get to the starting line than any >16+ or >18+ year old who arrives there to race. Are adults somehow more deserving of an opportunity to run simply because they have lived longer on the planet?

Times have changed.  Kids do practically everything at a variety of ages now.  There are 9 year old millionaire entrepreneurs who run businesses. There are 5 year old extreme skateboarders.  There are many ultra running child phenoms around the world, including Budhia Singh, who finished a marathon by age three, marathoner teen Winter Vinecki, and the Redden kids who compete ultra marathons.

For many families, running is a family affair.  It is the way they spend time together.  It is a family priority. Racing together is a logical extension of that family time.

As a homeschooling family, my kids don’t have a team in school.  We have a flexible schedule that allows lots of time for adventure, travel, and trail running.  My children have grown up around running. They have been racing short and long distances since they were not long out of diapers. They beg to run.  They love to run trails. They love to be outside. They love the camaraderie of racing.  They appreciate the sense of accomplishment when they cross finish lines after working hard.  They push themselves all on their own (and that they do because I am the perpetual sweeper on our runs).

Telling my children that they just have to wait to run a long distance event just because someone else judged that they weren’t ready would be counter to what they love, what they believe, and the way they are raised–to pour their heart into whatever it is that sets them on fire.

Children today need more encouragement, not less.  More empowering opportunities, not fewer.  Children today don’t need a lesson on patience or waiting, especially not from a race director who is only interested in avoiding hassle and inconvenience.

Children need and crave the opposite:  adult attention, respect, encouragement, support, and to be taken seriously when it comes to their interests, goals, and dreams.

Children need to be allowed to try.

To understand what the comfort zone means–and to push the edges.

To learn that they are capable of more than they could ever imagine.

Forward thinking race directors who are genuinely interested in race success and longevity will come to see that allowing kids to race is the future of the sport.  Plus, there’s the bonus that kids (and their parents) are fabulous marketers thanks to social media. That’s hardly inconvenient.

My daughter recently saw a trail racing director who organizes a tough 25K trail race at another trail race.  Having raced his race when she was 11 years old, and remembering his warm hospitality, kindness, and enthusiasm for her effort, she lit up when she saw him–she even remembered his name, though two years had passed since she raced his event. After she had talked to him, she asked, “can we race his 25K again this year?”

That’s enough proof for me that any hassle of welcoming kids into the racing scene is well worth it.